Read more on the definition, history and context of e-culture in the Netherlands.

Digital media have become an integral part of the consumption and production of culture in the last ten years. These developments are the basis of a new, innovative e-culture sector. Some examples of e-culture products and services include smart phone apps for museums, AR apps for architecture in the public space, but also tools developed for other sectors such as education or health care.

The Netherlands Ministry of Education, Culture and Science appointed Virtueel Platform as sector institute for e-culture in 2007. A number of cultural organisations receive structural funding from the Ministry in the category e-culture. In addition a large number of other organisations and individuals develop products and services, or carry out (artistic) research in the field.

Sector analysis: e-culture in the Netherlands
The first sector analysis was carried out in 2011. It confirms the key role that digital media plays in the Dutch cultural sector. More than 1400 organisations, individual makers and companies work in the sector, with a gross annual turnover of some 400 million euros. 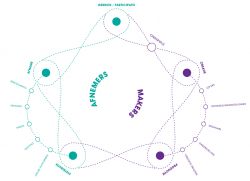 E-culture is a relatively young sector compared with other arts disciplines and research fields. The first e-cultural experiments in the Netherlands started around twenty years ago. In a very short time it has become a sector of its own, and part of the UNESCO cultural value chain.

The e-culture value chain is made up of artists, inventors and researchers working as freelancers or for e-culture organisations, media labs, game makers or creative companies. Among their most important clients are museums, theatres, companies, health care, education and other institutions in the social sector. The products and services include websites, apps, art works and games. Not forgetting the 'users' of these products and services. In addition there are more than 25 media arts related further education programmes providing fresh talent for the sector, and (media) festivals, online platforms and other forms of distribution of these products and services.

E-culture in Dutch society
In Dutch society at large e-culture works on two levels. First, in terms of the e-culture field of artists, designers, inventors and researchers, who make arts, knowledge, software, games, new communication formats and instruments. In this sense the sector provides a space for free innovation, experiment and sometimes disruption. There are may opportunities for these products and services to be developed further in to socially and/or economically valuable products. 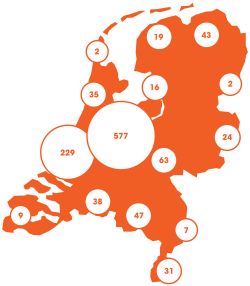 The second level relates to the importance of innovation in the way we live together as citizens and new ideas about improving the networked world we live in. A society in which technology is pervasive inherent requires new concepts and ideologies that can analyse, challenge and direct developments as they happen. The e-culture sector is an important field that fosters new ways of looking at the world in a critical manner. This also has a broader socio-economic value.

History
The term e-culture was adopted in the Netherlands in April 2002 in a policy paper by the Ministry of Education, Culture and Science. (LINK) In 2003 the Council for the Arts published an advisory report to the Dutch government entitled “From ICT to Eculture”.

The report underlined that digitalisation affects the entire spectrum of culture production distribution, representation. The Internet and digital media have an impact on how artists express themselves; how our cultural heritage is presented; how libraries make information accessible to the public; and how information, public debate and culture is treated within media. e-Culture, was taken to mean all processes of “expression, reflection and sharing in the digital domain”.

The policy perspective on e-culture developed in the Dutch advisory report was based on three lines of argument:

In this manner, the Dutch perspective on e-culture moved the discussion from the instrumental use of ICT, to a fundamental re-think of cultural activities in the digital domain. Virtueel Platform also adopted the term e-culture, for example in the 1999 publication 'E-culture: cultural policy for innovation'. In the mid 1990s it was used in two contexts, firstly at European level in relation to digital heritage preservation, and also in the sense of a contrast to e-commerce.

In the course of the 1990s e-culture was increasingly used in policy circles, and not just in the Netherlands. The Flemish publication E-cultuur: bouwstenen voor praktijk en beleid' (literally: E-culture, building bricks for practice and policy') was published in 2007.

June 2007 saw the publication of the four-yearly arts plan entitled 'Kunst van Leven', which picked 'innovation and e-culture' as one of the 5 key policy areas for Dutch culture. The same document designated Virtueel Platform as a 'sector institute'. 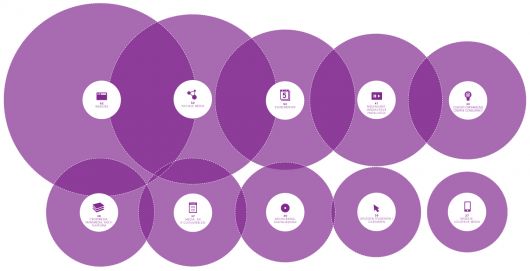