You me and the museum

As the Internet begins to allow for the free flow of more user generated information how can museums incorporate this generative power to bring people closer to the objects within their institution, if not also play a role in defining these objects? What are the necessary steps required to infiltrate and bring forward the full potential of the museum’s collection held within its walls? How can the visitors play a more active role in tailoring the institution to their own needs, and how can the institution incorporate experts more directly into the social fibre of their interested public? These were some of the questions raised at the Take Away Museum Workshop organised by Virtueel Platform.

One of the tools could be ID tagging. Workshop leader Ulla Maaria Mutanen has recently set up an innovative project called ThingLink.org - a way for artists, designers and craftspeople to uniquely ID tag their work. Mutanen, is currently working on her PhD at the Centre for Activity Theory and Developmental Work Research at the University of Helsinki, and is author of the Crafter Manifesto, which outlines the valuable characteristics of homemade craft objects, and the inherent social generative power or “magic” contained within them. Mutanen explores different ways of identifying objects online, having explained that physical objects are for the most part not present on the Internet.

Also at the forefront of exploration is Mediamatic, who developed the Symbolic Table. A device that broadens the already highly interactive surface of a table by making it digitally interactive with RFID tagged objects. Adding RFID tags to objects that can be sensed by a computer held within the table allows for numerous possibilities for associating objects to information stored within the computer. A working prototype of the Symbolic Table is already being tested in some nursing homes.

Combining interaction designers, researchers, and museum experts, the Take Away Museum Workshop was the crossover point for these very different worlds to meet and actively think about applying new methods to their museums or trades, through using these systems.

Before separating into pre-defined groups A-D, the participants were given a framework for thinking about how to implement digital tools in this kind of scenario. The topics consisted of software, object, and person relationship. Each topic forms the point of a triangle, so for example, software relates both to the object and person relationship. And each topic can be viewed not only as the thing to be related to, but the subject matter initiating the relationship. The assignment was to use the framework for brainstorming different solutions that could successfully bind each topic together, and if necessary use the Symbolic Table and ThingLink.org for doing this.

Brainstorming the assignment with Group A, it wasn’t long before we’d found ourselves mired in the philosophical meaning of each topic, especially object, and person relationship. A question that appeared foremost in our group was, what is an object? If an object is physically static, but its information is malleable according to the person and the context, how is it possible to assemble these differences based on personal interest. Another issue was the boundary between inside and outside space. The group briefly explored how the physical boundaries of structures can be redefined by technology. And finally, but most importantly, how can an institute manage to gather information about its visitors in a forthright way? What is the “gift”, the resource, or the access, offered to the public to initiate an exchange of information? What is the method for instigating that event?

After a short presentation, the group decided to leave the philosophy, in favour of coming up with a proper scenario. Two solutions were proposed. The first was to replace the museum tour guide with an automated system that would define a tour based on keywords provided by the visitor. Visitors could initiate the system using an ID card. Personal profiles could be accessed by the ID card for users who’d created a profile prior to visiting the museum. If the visitor has no personal account with the museum a temporary or “session” card would be used by the visitor, this card would not be able to store any personal information about the visitor.

The system would run from a database that uniquely identified and held descriptions of all the objects on display at the museum, and could use an identification system such as ThingLink.org. Before entering the museum’s exhibition space visitors choose keywords. The system would select the objects that matched the keywords and identify all the objects that are relevant to the keywords, thus returning a route through the exhibition space. If the visitor has an existing profile, the object’s information could be uploaded to their profile.

Linking with other people sharing the visitor’s interest happens in two ways. A digital approach uses devices like the Symbolic Table, but instead perhaps a “Symbolic Bench”. These devices would be a place to see whom else is sharing the visitor’s keyword selection, or used to edit the keyword selection and the tour. The other means for personal interaction would come in the form of visual recognition. By simply bumping into the same people along the tour could mean these people shared a keyword in their selections.

The second example, less defined, was based on utilizing the museum’s expertise, and developing a networking system that would allow for visitors to bring their questions to the experts of the museum, but at the same time to a larger body of online present professional and amateur experts on the subject matter throughout the world.

Group A was not the only group trying to pigeonhole the framework topics. Group B centred their attention on the artists and objects of the Aboriginal Art Museum in Utrecht coordinated by Corien van der Meulen. In this situation a poignant example of “objectness” was revealed by the visual language, which aboriginals incorporate into their art objects, van der Meulen explained that aboriginals have a rich visual language that goes on to form a lexicon for understanding reality. This mode of art as a working means for defining ones environment has proven difficult to categorize in a western museum discourse. The contextualized situation that the group was grappling with is important, as it is in many ways the same problem the workshop was meant to brainstorm.

The situation is similar because each party, the museum and the “technology developer” rely on core methods and practices that define them. For museums some of the practices are centuries old. The technology developer on the other hand is constantly busy with crafting foundations of practice in the highly dynamic field within which it exists. Simply applying one to the other changes both, and how does each party remain aware of that situation?

During the presentation Mediamatic’s director Willem Velthoven offered a Symbolic Table to the Museum of Aboriginal Art to further explore this dilemma. The offer was gratefully accepted, and started a discussion about how the device could be used in an aboriginal arts practice. Van der Meulen mentioned that the table might be dismantled and placed on the floor for an art tool, as many of the artist work from the perspective of looking down. She’d talked about the importance of sand drawings in aboriginal art, and ideas began to flow about how sand could be made interactive with the table, potentially creating the ability to objectify and give meaning to each grain of sand used within the work.

Group C took a much more practical approach and decided to find a scenario for using the Symbolic Table. Their solution to the software, object, and person relationship, began with introducing small cards that had a picture of a museum object on it. Each card has an RFID tag that engages with the Symbolic Table. The tag uniquely identifies the object to a computer that retrieves more details about that particular object.

The cards would be located at the same place as real object in the museum. Visitors could collect the cards of the objects they are most interested in and at the end of their tour could use the Symbolic Table to retrieve more information about the object. The group also talked about how the Symbolic Table could be used to either store or send the collected information to the person, or upload it to a personal profile. Linking up with other people was mentioned as a possibility, as it would be possible to see who else had collected the same objects. After the presentation Group C went on to use the Symbolic Table making a working sketch of how the cards could interact with the Table.

Group D provided two innovative examples that were based outside of a physical museum space. The first idea was based on protecting and watching birds. By allowing people to tag birds that frequent their gardens, many different opportunities arise for community-generated information. People with tagged birds would be actively involved in observing bird habitat in small localities. Broader observation could happen as birds began to migrate, and games could be centred on spotting people’s tagged birds in a form of “geo-caching”, or maybe better stated “habitat-caching”. The collected information forms a unique information resource for scientist trying to understand bird migration, but it can also be applied to completely personal applications, as the birds initiate a potential link between people who’ve spotted each other’s birds and can receive contact information from the bird’s RFID tag. The collective bird community forms a loose-knit knowledge resource in the environment where the subject matter exists. The knowledge hub is a digital museum of sorts without the confines of a physical structure.

Group D proceeded along the lines of de-centralized museum, and following the brief presentation period, the group put forth the idea for the Forbidden Museum, a graffiti museum based online. The question proposed by this idea is how can outlaw artwork be exhibited? In this situation the group outlined how it would use ThingLink.org, for the mode of presentation. The identification system could be used for cataloguing graffiti signatures, places, times, and descriptions. The ThingLink record becomes important as a recording tool because of the temporary nature of graffiti artwork. Although the group did recognize that the authorities could easily use the resource to track and monitor graffiti artist activity.

Going back to the topic framework of software – object – person relationship, throughout the day the workshop provided some of the first inroads to developing applications for institutions to become knowledge and community generators. This will be a difficult task, as institutions may potentially feel the physical structures crumble around them. But as objects become more and more “aware”, and can dynamically store not only streamlined information derived by an expert, but also information from potentially anyone who has something to say, material looses its integrity and the object’s situation for display broadens. Turning the museum inside out, and bringing together objects to the generative information of the potential visitor, via software or hardware is the challenge for these institutions in the future. 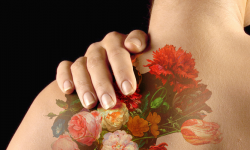 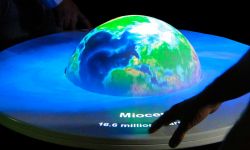