Virtueel Platform was one of the presenters at a workshop on 12 December 2011 in Amsterdam on the planned Creative Europe programme.

Seamus Cassidy of the European Commission was in Amsterdam yesterday to present Creative Europe to an audience of Dutch cultural professionals gathered at the 'EU Day' organised annually by SICA. Virtueel Platform's Cathy Brickwood was one of the panelists asked to comment on the plans.

The programme differs from the existing and past culture programmes in a number of ways. For one thing, it makes no bones about its focus on the economic and social value of culture, and the need to align cultural policy to the key principles of the Europe 2020 programme. The programme is focused on the cultural and creative industries and their value for the European single market as well as their potential for social innovation.

Seperate strands
Another key change is that the Media Programme (and MediaMundus) are to be incorporated in to the Culture Programme, albeit in separate strands. The reasoning behind this is that the programme is stronger and more efficient as a joint programme. There is also a new 'Cross-sectoral strand' that includes a financial facility as well as support form policy cooperation.

The second part of this Strand will include measures for the support of transnational policy cooperation and exchanges of experience between policy-makers and operators; new approaches to audience-building and business models; cultural and media literacy; and data collection including membership of the European Audiovisual Observatory. Funding will also be provided for the network of Creative Europe Desks (former Cultural Contact Points and MEDIA Desks).

The indicative budgetary allocation will be 15 % for the Cross-sectoral Strand, 30 % for the Culture Strand and 55% for the MEDIA Strand. The total budget of the new programme is estimated at € 1.801 billion, which constitues a 37% increase on the existing budgets for Media and Culture.

The question remains whether the Council of Ministers, the European Parliament and national governments will be willing to support the programme. In the course of the next two years it will become clearer whether the programme will go ahead as proposed.

On the whole the sector institute for e-culture welcomed the emphasis on creative industries, emphasizing at the same time the need to support artistic research. It also welcomed the prominent role given to cross-sectoral projects as a basis for innovation, and the awareness of the importance of what the Programme calls the 'digital shift' and the implications for the cultural sector as a whole.

What Grants Can Do geeft inzicht in nieuwe subsidieregelingen 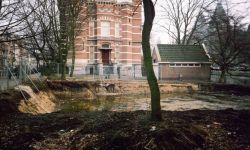 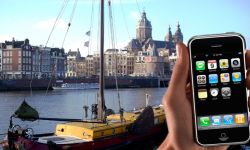